Judge Brody Kane announced today his intentions to seek re-election for District 15 Criminal Court Judge in the Republican primary on May 3, 2022, with the general election August 4, 2022. The district includes Wilson, Macon, Smith, Trousdale and Jackson counties. Judge Kane was first elected in 2014 receiving over 70 percent of the vote.

Raised in Watertown, Tennessee, Judge Kane has over 25 years of legal experience and has served as District 15 Criminal Court Judge for the past 7 years. He previously served 10 years as Alexandria Municipal Judge from 2004-2014. Judge Kane began his law career as a Shelby County Assistant Public Defender in 1995 serving 3 years and then became partner of Lannom, Williams & Kane soon after moving back to Lebanon, Tn. In 2004, he was a founding partner of McBrien & Kane law firm and practiced 10 years prior to being elected Criminal Court Judge in 2014.

“It has been my highest honor to serve as judge and I’ve always tried to faithfully defend the rule of law, while also protecting our communities,” Kane said. “We constantly face many challenges in today’s society, and I believe we need a steady, experienced hand at the wheel to help guide us through these difficult times and that’s why I’m running for re-election.”

Judge Kane is a 1992 graduate of Middle Tennessee State University in Murfreesboro where he studied Criminal Justice and received his law degree from the University of Memphis in 1995. While in law school Kane served as a judicial law clerk for 10 Shelby County Criminal Court Judges. He is past President of the 15th Judicial Bar Association, served on the Legislative Committee of the Municipal Judges Conference, and has been Presiding Judge for the 15th Judicial District for 3 out of the last 7 years.

After taking office in 2014, Judge Kane has served on the Executive Committee for the Tennessee Trial Judges Association as Secretary and currently as an At-Large Board member, is on the Tennessee Criminal Pattern Jury Instruction Committee and serves as the only Criminal Court Judge on the statewide Private Probation Council. In 2019 upon Judge John Wootten’s retirement, Judge Kane began presiding over the Recovery/Drug Court for the 15th Judicial District and has expanded the program to now include misdemeanor offenders as well as felony offenders out of Criminal Court. The Court also includes services specific to Veterans.

Judge Kane implemented the first of its kind technology in the 15th Judicial District that allows screens in all courtrooms and jails for virtual hearings. This was initiated prior to the Covid pandemic in Kane’s courtroom and expanded to include the entire district after the health care crisis became public. Judge Kane has efficiently kept his court running the last 18 months during Covid even handling cases on Saturdays when necessary to insure timely movement of cases.

Kane has been involved in numerous philanthropic and community organizations including serving as past President of the Lebanon Breakfast Rotary, Board Member of the Lebanon/Wilson County Youth Soccer Association, former Commissioner of the Wilson County Water and Wastewater Authority, member of Lebanon, Watertown, Macon and Jackson Counties Chambers of Commerce, is a graduate of Leadership Wilson and is a member of the National Rifle Association. 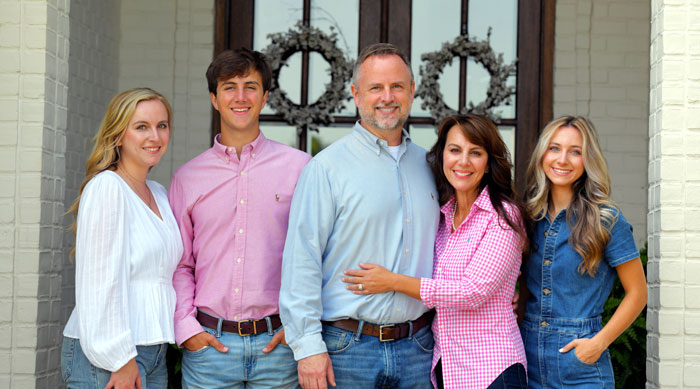 Brody and his wife, Angel, are members of the Lebanon First United Methodist Church and have three children, daughters Madison (24) and Zoe (21) and son Neill (18).

Your contribution is essential to our ability to communicate with the citizens of the 15th Judicial District. We pledge to use your donation responsibly as we get the word out to Re-Elect Judge Brody Kane Criminal Court Judge.

You can also mail checks to:

Checks should be made out to:
Committee to Re-Elect Judge Brody Kane

The maximum individual contribution is $1,600. State law requires you to include your occupation and employer for all donations over $100.

For Email Marketing you can trust